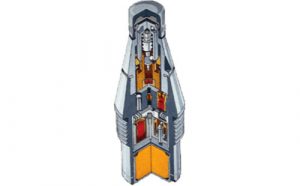 V-429E fuze features locking at firing from worn-out or strongly contaminated barrel.
The fuze is safe in storage, handling and operation and ensures the reliable and safe function of the ammunition in all weather conditions.